The Grille on Main 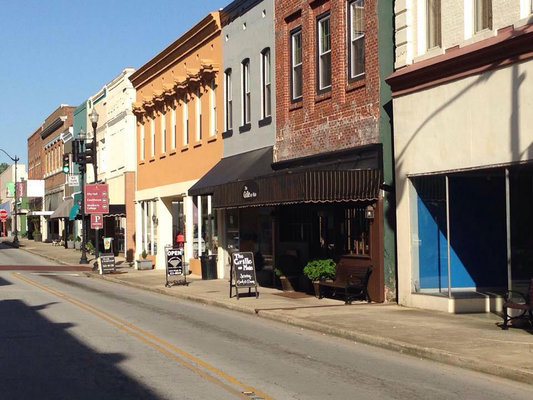 The Grille on Main first opened its doors in January 2004, offering its patrons a casual dining experience, featuring traditional Southern cuisine and All American favorites. Although The Grille served its first hungry customer at the turn of the 21st Century, the restaurant’s building has existed since the mid 1800’s. In fact, The Grille’s 1212 Main Street location is the oldest standing building on the block, and it has been appointed to the National Register of Historic Places.

Originally, the structure housed a dry goods store, where early Newberry County settlers could purchase clothing, kitchen goods, toys, tack, soda pop, and other essential items. Perhaps the most interesting aspect of the building’s architecture is that it was constructed of brick, rather than wood, like most of the oth- er original buildings on Main Street. Historians point to the brick construction as having saved the building from being burned in a series of fires that ravaged Main Street in the 19th and 20th centuries.

In 1875, the building was purchased by Dr. William Ellerbe Pelham of Columbia, who opened the Pelham Drug Store. This pharmacy was known throughout the Midlands for its elegant interior and friendly service. Several doctors from the area leased office spaces from Dr. Pelham, and their original records are stored in The Grille’s historical archives. In a narrow corridor on the south side of the building, the doctors’ office hours remain printed on a door in original paint that has withstood the elements for over 100 years.

When Dr. Pelham closed his doors in 1914 to become an insurance agent, the building was oc- cupied by a series of owners. During the early to mid 1900’s, the 1212 Main Street Drug Street location was known as Smith’s Cut Rate Drug Store, and Newberry Main Street Drug Store before it was transformed into a restaurant in the early 1980’s.


At first, the restaurants that utilized the building served breakfast from behind where the oak bar stands at the front entrance of The Grille. Then, in the mid 1990’s, Benji Dawkins of Newberry purchased the building and opened Just Benji’s, a Newberry favorite, which offered lunch and dinner.


In 2004, John Neville Glover Junior assumed proprietorship of Just Benji’s and brought his vision of “a restaurant where good friends and family could enjoy a de- licious meal in an historical setting.” Although he changed the restaurant’s name, Neville preserved the integrity of the building by limiting his modifications to the interior and providing patrons with a glimpse into the structure’s past through historical décor.

Let your visitors know how you would like stay in touch.